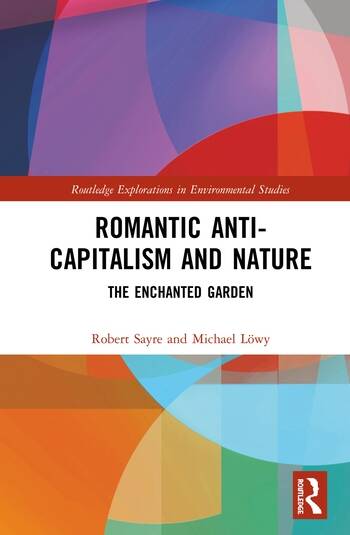 
I have read the book as a Burkean constitutional theorist reading a Gramscian political scientist, and therefore I will not address those of its other major discussions, such as its international relations and conflict resolution concerns. I am also not going to engage in an ideological debate, except to briefly note two matters here at the outset. Patriotism and solidarity around a limited but effective state are fundamentally conservative ideas, which are comfortably within the domain of the centre-right once led by D. I am equally unconvinced that Dayan has left all of his old Stalinist methodological determinism and partisan polemicism behind after his Damascene?

As I will show, this now surfaces in an approach to political analysis that seeks to fit political realities to predetermined conceptual categories rather than the other way round, which calls into question not only his claim to be a realist but also reflects a very limited and limiting way of doing political science.

The book is written for the general public rather than an academic audience. But I do not think that Dayan has given adequate attention to the underlying theory of his policy discussion of the nation, state and sovereignty, with the result that the most praiseworthy feature of this project in offering a counter-narrative to the dominant post-war ethnonationalist ideology risks being undermined.

Thus if my critique is based on the expectation of a high threshold of theoretical rigour, then it is a standard that the author has himself established and expects of policy-making. The revised edition of the book is a much-improved product from the first, which clearly bore the hallmarks of hasty and unprofessional production. While some improvements have been made, there is still no bibliography reflecting in turn a very thin and highly selective engagement with relevant literatures and the referencing system remains inconsistent and idiosyncratic.

Each chapter except the first is more than a hundred pages long, and although an attempt has been made to structure these by way of sub-headings, this is still not the clearest way to present an argument. But this claim should not be overstated, for the striking character of the book remains that of a mulch or collage of an inchoate body of previously published articles being strung together. Perhaps the better, and certainly far easier, approach might have been to publish those articles as an annotated, dated and referenced anthology.

But if the intention was to present a work of greater cohesion and coherence than that of a collage, then either the author or his editor should have left much less work for the reader to do in terms of discerning the conceptual scaffolding on which the claim to coherence rests. They need not be further complicated by a casual attitude to definitional consistency within the framework of a book-length work.

This weakness cannot be explained away by the fact that the book is written for a mass audience, because the precise meanings of these terms are central to the argument, and indeed to any informed discussion of post-war politics, rather than the fights with blunt instruments that constitute much political commentary and policy making in Sri Lanka. I think Dayan has assumed what these concepts mean rather than redefined them for us because his broader argument reaffirms rather than questions their well-established meanings within the broader modernist nation-building discourse that he heavily relies on.

What then are the main elements of this discourse? The classical modernist post-colonial nation-building model sees the sovereign nation-state as the essential condition of modernity, an aspirational model as well as a vehicle to it.

It takes the distilled experience of nation and state formation in the post-industrial West as the exemplary path to the universal modernity to which we must all strive. In other words, we escape feudalism and religious and ethnic primordialism in Asia and Africa by making good copies of the predecessor civic nations and territorial states in the West. If those are the broad sociological and historical theses of post-colonial modernism, there are also a number of key normative propositions associated with it.

In short, this is the model that was championed by the Ceylon National Congress and the Donoughmore and Soulbury Commissions, although it has its embryonic origins in Sri Lankan constitutional history in the Colebrooke-Cameron reforms. It is grounded in the political theory and philosophy of republicanism, secularism, and civic nationalism, albeit with a strong emphasis on state sovereignty, non-intervention in the domestic affairs of states, and Third World solidarity.

This is the basis on which Dayan spearheaded the diplomatic initiatives in Geneva in May , and had his view prevailed within the administration, it would have provided the guiding principles for a new post-war constitutional settlement of devolution within the unitary nation-state. Like the Donoughmore and Soulbury Commissioners, Dayan is also conscious that without addressing context and particularity, the broader modernist project cannot work, because it would not take root if advocated solely on Western precedents and dry philosophical principles.

In one of the most interesting passages of the book occurring in what is for me the most thoughtful chapter of the book, Chapter 5 Dayan makes an observation that, in the sense that it is virtually a preamble to a modernist constitution in an Asian society, could have been written by Sir Ivor Jennings:.

The Novel as Modernist Medium: Modernity and Anti-Modernity in Meiji Fiction

It is best defended by a Sri Lankan state which represents all its peoples, acts as neutral umpire providing and guaranteeing adequate space for all ethnicities on the island. Thus the traditional Jacobin commitment to strict state ethnic and religious neutrality is mitigated by an openness to policies of multiculturalism, official multilingualism, affirmative action, and even a measure of territorial devolution, to the extent devolution is consistent with the centralisation of political power and legal authority in the unitary state and the mono-national identity of the state.

This is the basis on which Dayan has from the inception supported the structural framework of the current constitution together with its level of provincial devolution, while critiquing the ethnocratisation of the state by Sinhala-Buddhist nationalists. So far so good, but what we need to ask, especially if we take analytical realism seriously, is if this model is adequate to the task of accommodating the competing constitutional claims that represent the political reality of ethnic pluralism in Sri Lanka today.

The canonical status of modernism has been under attack at least since the s, and political sociology, political philosophy and comparative constitutional law have today moved so far beyond it that it seems almost antediluvian to be still talking about this model as if it is sacrament and gospel. Now we can agree that there are serious substantive defects in these assertions; that sub-state nationalists do not have to get all that they ask; and that there are countervailing considerations that must also be weighed in when we constitutionally respond to these claims.

But none of this unshackles us from the fundamental reality that the prevalence of these claims over a remarkable period of continuity has altered the reality that realism must accept, that Sri Lanka is now sociologically a de facto multinational or bi-national polity.

Defeating the Tigers on the battlefield has not changed this self-perception among Tamil people, as we know from the several post-war elections, and the use of force and subjugation never will. The arch realist in state-formation and nationalism studies, Charles Tilly, established this general lesson for us over forty years ago, and we can take it with the certitude of Newtonian physics that top-down imposition always generates a bottom-up reaction, and that more of the former is never going to ensure less of the latter. Firstly, it undermines the purported realism upon which the analysis and prescriptions are based because this realism does not apparently extend to the reality of the Tamil nationality claim.

Secondly, the book highlights the severe limits of the modernist model when confronted with the problem of national pluralism i. In equating the nation with the state, and reifying the nation-state, the modernist model has no conceptual capacity to accommodate multiple nations within the state. The result is that plural nationality claims have to be either ignored or suppressed. Describe the connection issue.

Read PDF The Island of Anti-Modernity

Modernity and Its Critique: The Problem of Universalism and Particularism | multitudes